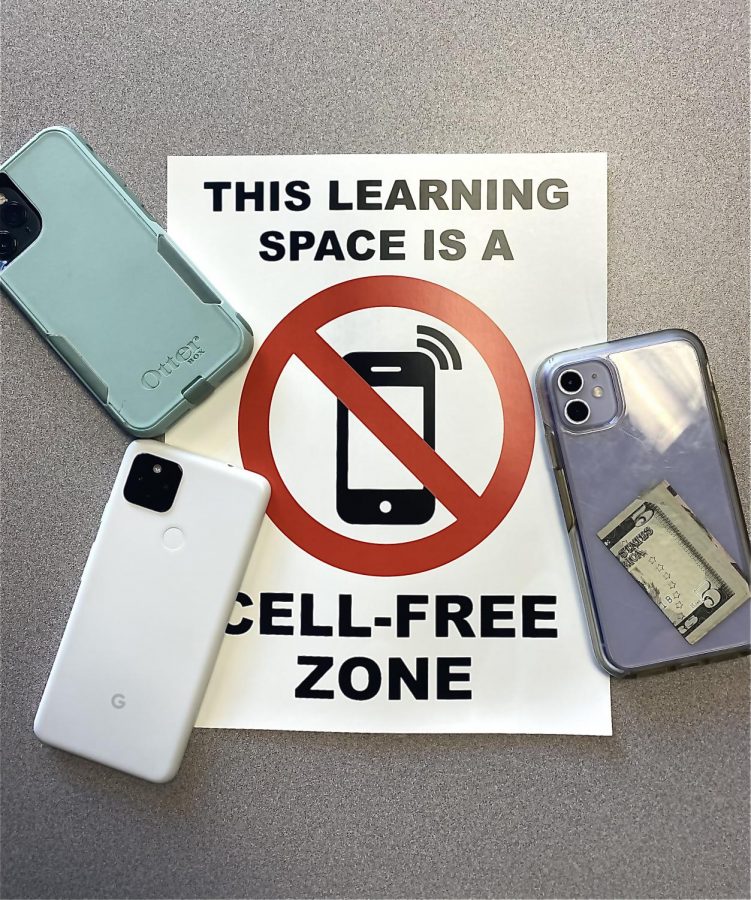 Roseville Area High School instituted a school-wide phone policy a few years ago. The policy was intended to limit phone use throughout the day. Three years into the policy, students and staff have mixed opinions.

The policy allows phones in five instances: before school, after school, during passing time, during lunch, and when allowed by a teacher or staff member. If a student is caught with their phone out, they will be warned to put it away. If they are caught with their phone out for a second time, the teacher will call a Behavior Interventionist (B.I.) to pick up the student’s phone. The phone is kept at Student Support Services until the end of the day, when students can pick it up.

Mr. Matthew Rode, a social studies teacher, said that he warns everybody once at the beginning of class and one more time if they have their phone out. Then, he calls a B.I. to pick up the phone.

Although the majority of students have no problem putting their phones away when asked, some teachers collect all phones at the beginning of class, to totally eliminate the distraction. Others take a more laid-back approach, allowing students to be on their phones during certain parts of the class, like work time.

Ms. Christina Owen, a photography and graphics teacher said, “I do allow [phones] during work times, especially towards the end of the period.” She allows students to use their phones for social media during the last ten minutes of class, as long as they get their assignments done. She also allows students to use their phones for music at any point during work time.

However, sophomore Kaylie Nelson offered a different perspective on the clarity of the phone policy: “I do understand it, but the policy changes depending on the teacher, so it’s kind of confusing.”

Some students find the phone policy a bother because they are able to self-regulate and determine when it’s appropriate to be on their phones, but others struggle to put their phones down when they need to.

9th grader Layla Sheikh-Mohamed said “My phone is a serious distraction most of the time at school. I find myself just randomly scrolling through endless videos and snapping people back and not doing anything worth my time.”

Sophomore Michael Kysylyczyn offered an opposing perspective that, “Although some kids do abuse [their phones] and message in class, if people want to message in class there are ways to do that on their iPads, so I don’t really see a difference, but I think phones, in general, are something that you can’t ban because they’re just gonna come back.”

Additionally, a few students and teachers brought up the idea that the phone policy should be a bit more relaxed this year since a lot of students are accustomed to being on their phones a lot more because of quarantine last year.

Owen said, “We’re all coming back from a pandemic, so it’s gonna take us a while to get back on the same page with our phone policy.”

Nelson agreed with this. She said that coming out of quarantine, we need to be more forgiving of students and their phone use because they’re accustomed to having their phone available whenever they want it.

Kysylyczyn offered the perspective that, “Phones can be helpful in school… Simply grabbing my phone and filling out a survey can be a lot easier and simpler than going in my backpack and grabbing my iPad.

RAHS doesn’t recognize the potential for phones to be used as learning tools anywhere on their website or student handbook, but some teachers do allow students to use their phones as a learning resource, as Kysylyczyn mentioned.